I wanted another wave pump for the 75. I wanted more dynamic flow patterns in the tank to keep growth patterns more symmetrical. I would have considered another Gyre 130, but they don’t make the small one anymore (even though most people who use it don’t have it set higher than 50%, even on a 75!). the other wavemaker/controllable options were so expensive it just didn’t feel right. I finally stumbled upon the Jebao/Jecod CP-40 on Amazon. They are basically a knockoff Gyre pump. I was very hesitant because this one was $85 or so whereas the Gyre were well over $200. I was convinced it would prove to be a bust, but I wanted to give it a shot anyway. If I can find some good, cheap options for you guys, I want to.

When I got it in, I accidentally had it upside down when I first started it. Its default is 100% flow. So that end of the tank instantly became a black cloud of sand being blasted all over. In fact, after I got the pump turned off, I found sand on clams over halfway across the tank! So the flow is good. I turned the power down to 50% and set the wave duration as short as possible. I instantly got great, surging waves action throughout the entire tank. I never got this result with the Gyre. I am sure I could have tweaked it more and gotten it, but it was much easier and more effective with this pump.

I actually prefer the cheapo controller over the Gyre’s. The Gyre’s looks nicer, but it is much more of a hassle to program. With the cheapo, I can just turn the dial to adjust wave time, or press a button to adjust flow. That’s it. With the Gyre, you have to enter settings mode, and then go through each setting available. In addition, with the Gyre controller, you can’t just set the wave time. You have to make an adjustment and then the lights go on and off to show you the amount of time. So if it is set to two minutes, you have to stare at it for two minutes waiting for it to change.

I always wanted to have some space to grow out frags in one of the smaller tanks on the saltwater system. I tried covering the bottom of a 10 gallon with tile frag plugs, but a lot of debris collected between the frag tiles. It was also difficult to get good flow (or I was just too lazy to try). I either had too much in one spot, not enough throughout the tank, or both.

I ended up moving all the rock in the 40breeder to each end, adding some damsels, and installing a PVC and eggcrate frag rack in the middle of that tank. This seems to be the best so far. I still need to get a better pump, but I think this will work. (Update: I got a small Jebao pump and it is working very well.)

The idea is that when I buy a frag of something, it will first go to this tank to grow out. Once it is large enough, I will frag it into a few pieces. One will go in the display, one will be held to grow again, and another one or two will be sold to make back the money spent on the original frag. If this works out well, I may be willing to spend some money on higher end corals with the intention of actually growing them for ‘profit’. I doubt I will ever make back all the money spent on this system, but anything to offset this hobby helps.

I noticed a few weeks ago that there are baby bristlenose plecoes in the 300! I think there are at least two batches in there now. They seem to be settling in well enough, some are already significantly larger than the second batch and happily munching down on algae in the open. Given the water changes and feeding, I’m not surprised. If anything, I’m surprised I haven’t seen breeding in the checkerboard barbs, rosy barbs, or the scissortail rasboras. With all the live plants, any babies would stand a much better chance of survival.

I have always had issues with the filtration on the 300 gallon. For some reason, the pond bead filter just doesn’t seem to perform the way it should. The water has always had clarity issues from particulates. This has been extra frustrating because I am so used to working with canisters and have never had to deal with inadequate mechanical filtration.

I ended up removing the first baffle and installing a plastic 3-drawer organizer raised up by PVC pipes. I cut the bottom out of two of the drawers and put eggcrate down. This way, the media is held up by the eggcrate, but can still drain very easily. I skipped using the third drawer just because the water level in the sump is too high and it would be submerged.

I am now experimenting with the best filter medias. I started with just some polyester quilt batting, but this was clogged up in about a day. I have also tried a dual density filter pad, but the finer section was too fine and also clogged up very quickly. Currently, I have some course foam in there that is approximately the same pore size as the foam block I had before.

I think the basic design I originally had works well in general, but on a 300-gallon tank with a lot of community fish and some very large fancy goldfish, one foam block simply wasn’t enough. Perhaps a wider section with three or so foam blocks laid side by side would work while not clogging in less than a week.

This worked well, but simply wasn’t enough to handle a 300-gallon tank. They clogged way too fast and the only media that was coarse enough to not clog too quickly, was too coarse and simply didn’t filter enough. The same concept on a much larger scale would probably work very well., as would 4-6 filter socks. 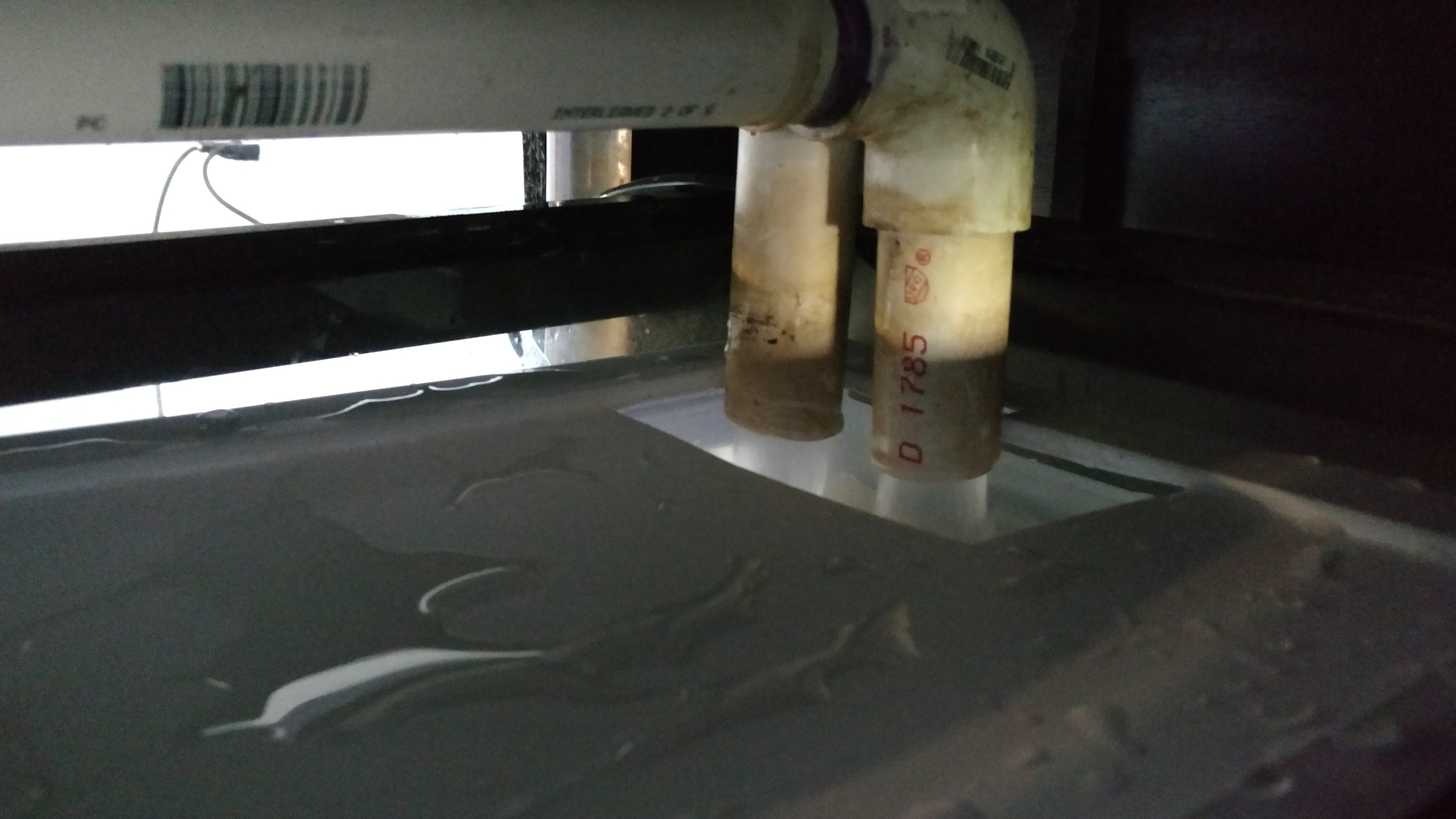 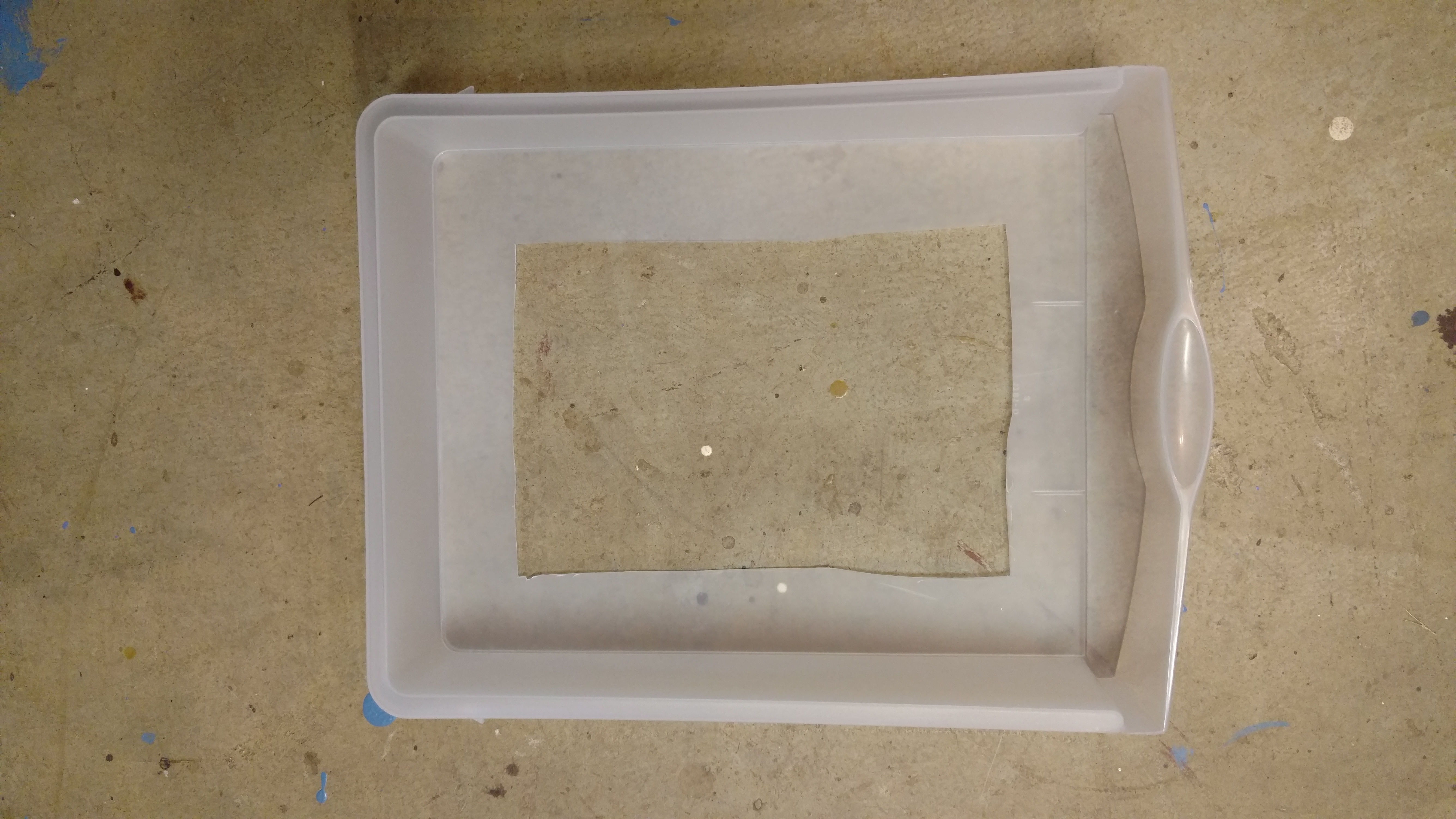 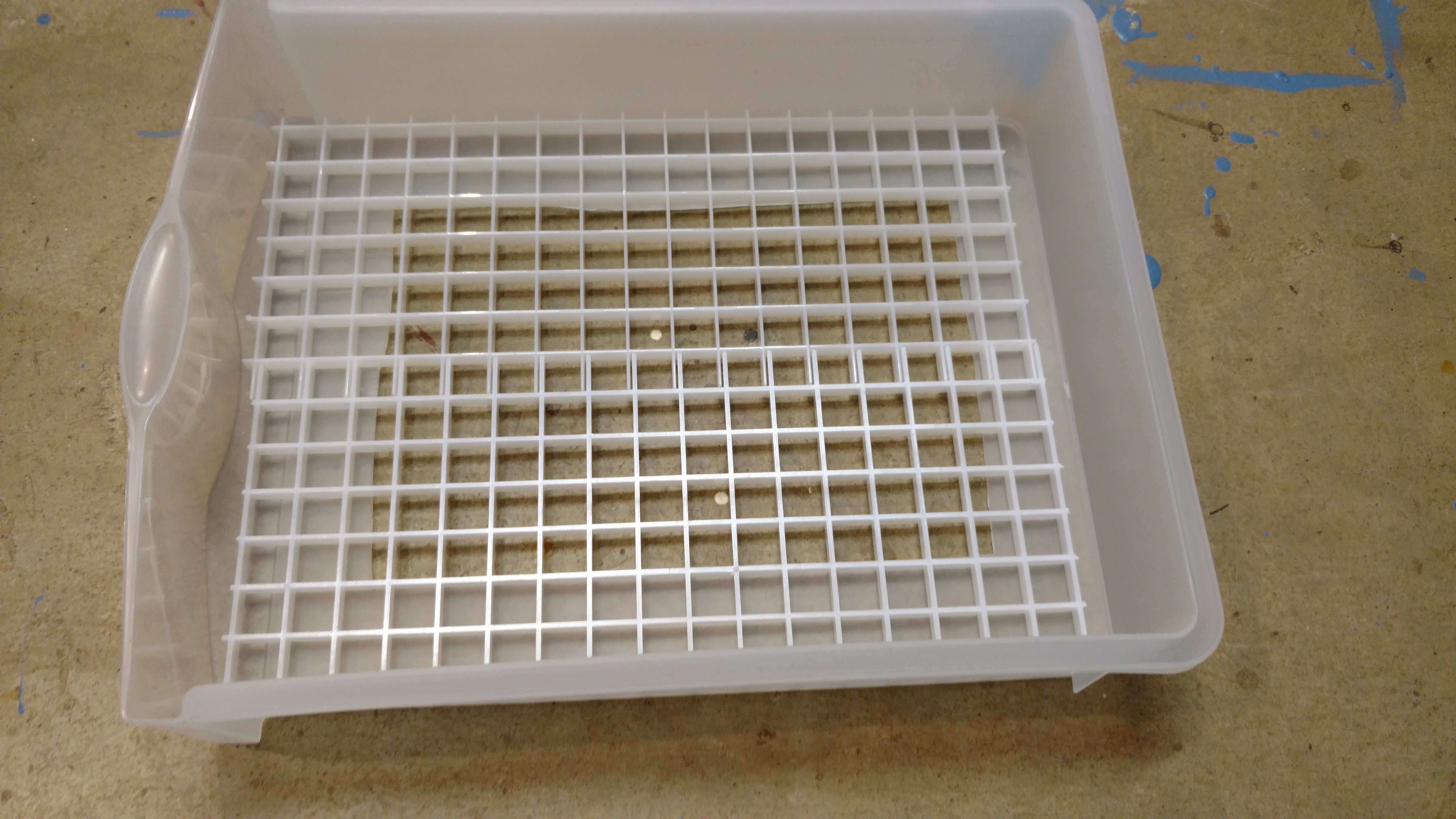 The quilt batting after 24 hours: 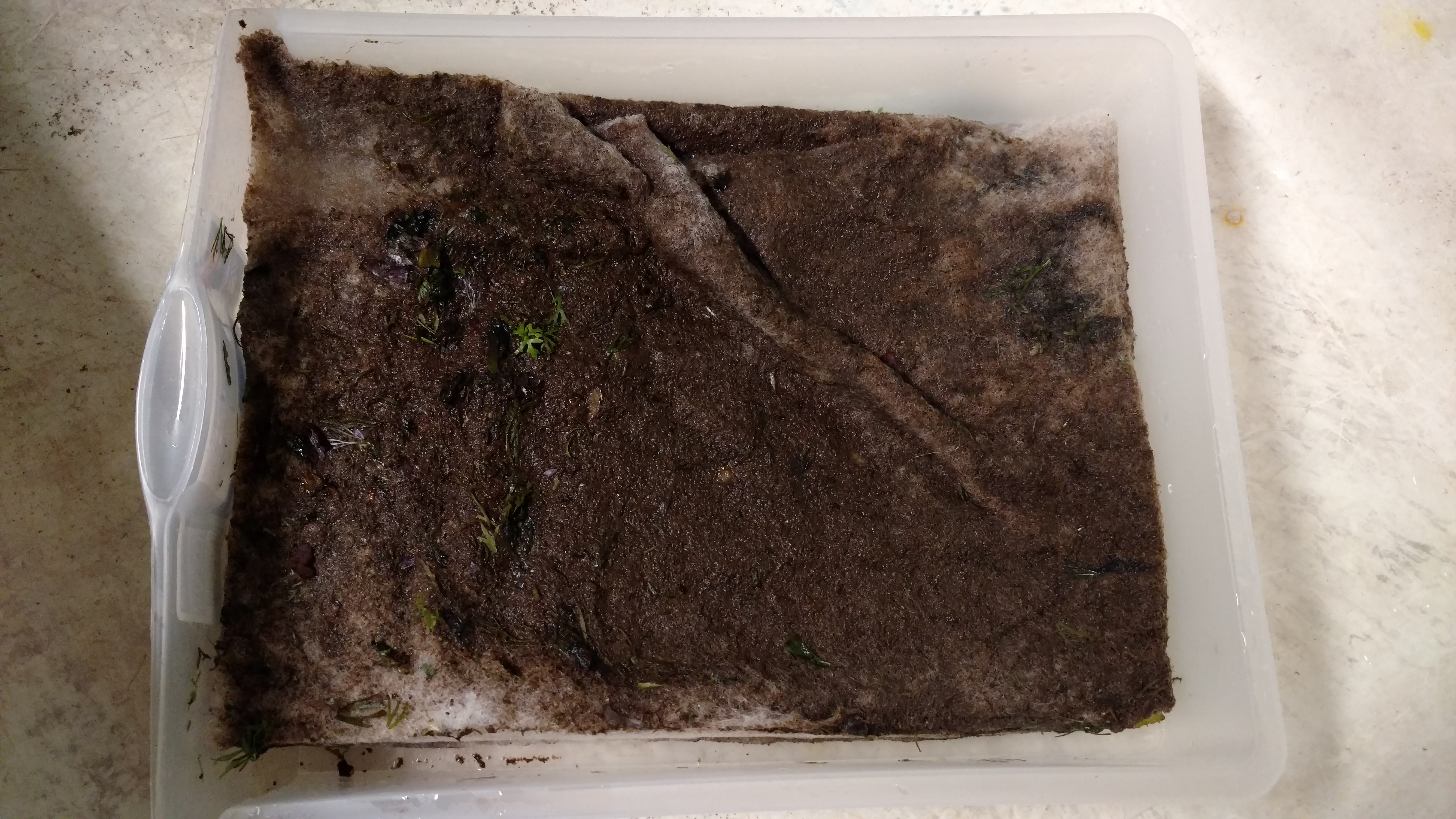 The goal of this site is to promote the best information based on years of experience in the hobby, retail, and service. Promote it. Share it. Discuss it. Ask questions.
Scroll back to top