The problem with particle board stands is that although they are strong enough to support the tank, if they are exposed to water they soak it up. When this happens the particle board expands and weakens. If this only happens once or twice and the amount of water is very small you may not have any issues. However, one good leak could do more than enough damage to threaten the integrity of the stand. The worst is when it occurs multiple times, the damage can be substantial and the stand can literally begin to crumble.

This problem does not occur in solid wood or metal stands. Some people don’t like the idea of a metal stand for fear of rust damaging the stand. I think the worst metal stands I have seen were in aquarium stores where splashing, dripping, etc. are very common and never wiped up right away (or ever). Even then they held for years and years. In a home aquarium you will always wipe it up right away so I don’t think you will have any issues.

The worst case of a damaged particle board stand was on a 180 saltwater tank. The company that made the stand is no longer in business and even people from that company have said it shouldn’t have been made out of particle board (a decision made by the higher ups). The unique problem in this case was that the sump had a design flaw that caused water to slowly leak over the side. Newer versions of the same sump have fixed the design (it just took a small angled extension by the drip tower). The leak was small enough to just flood the inside of the stand (most of the time). This was on a service client’s tank and the client didn’t want to do any maintenance on the tank himself so the filter pad would get clogged up and cause the water to leak over the edge. This happened multiple times while I was servicing the tank and who knows how many times or how often before I started. I only worked for them for a few months and saw a significant increase in the damage by the few leaks I saw. There were many issues they refused to cooperate on (buying the wrong fish, buying too many, buying them too often, and most importantly refusing to replace the stand). Because it happened so many times one of the boards expanded to almost three times the width it should have been. The layers of the particle board were clearly visible. My worry was that the stand would completely collapse. They didn’t seem to care. I told them it could collapse and the client responded by asking when she could order more fish. I stopped providing service out of a concern for my own safety and the liability involved. The photos below show how much damage a particle board stand will allow. 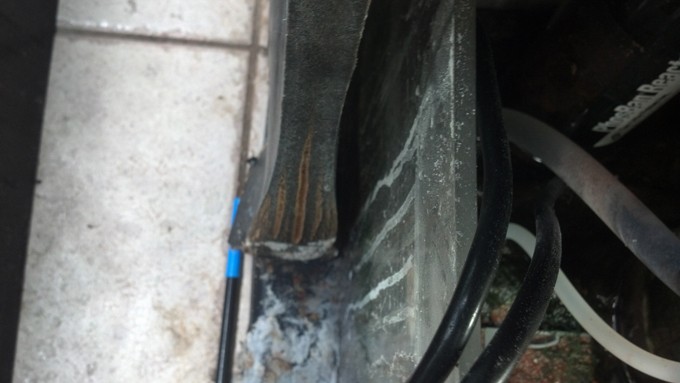 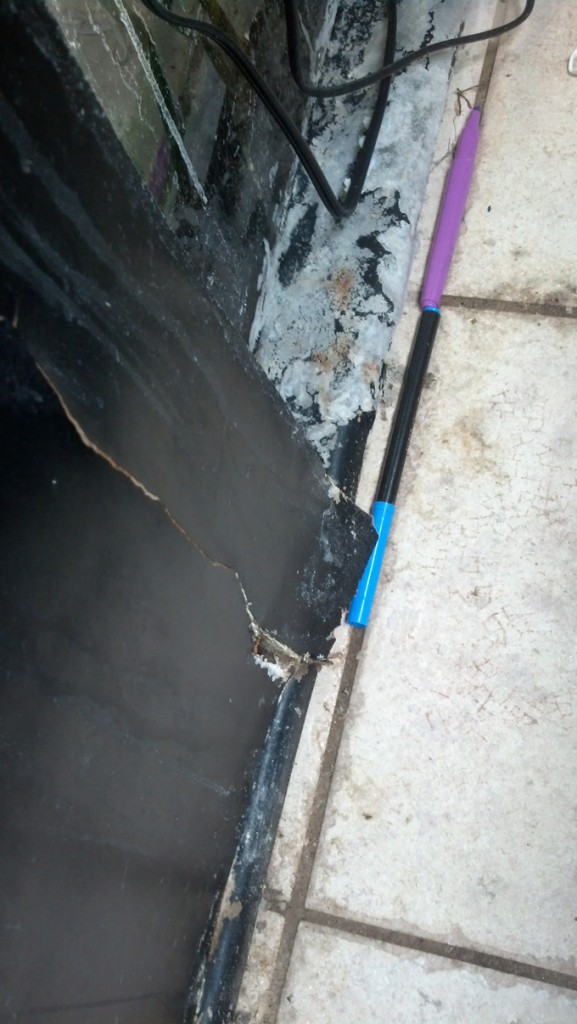 The goal of this site is to promote the best information based on years of experience in the hobby, retail, and service. Promote it. Share it. Discuss it. Ask questions.